Digital assets have a huge future ahead of them! Do you know why?
Quotes by TradingView
|Marek Feder|source|1121x
Font size:-/+

Digital assets have a huge future ahead of them! Do you know why?

The last decade has brought a boom in DLT (Distributed Ledger Technologies), blockchain, and cryptocurrencies. Despite the fact that in the beginning these technologies were used mainly by IT specialists or critics of the current financial system, nowadays almost every leading company is researching blockchain technology. But what direction will cryptocurrencies and blockchain take in the future? 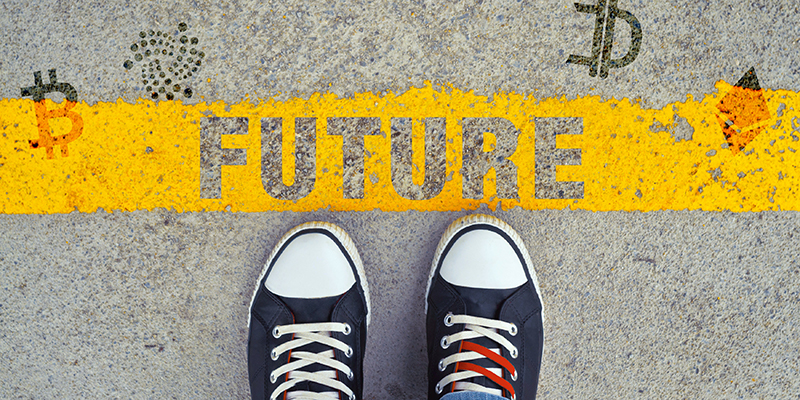 Many experts from the world of cryptocurrencies think that these assets have the potential to replace FIAT currency (cash) as such in the future. For example, Tim Draper, a well-known businessman, believes that more and more people will use cryptocurrencies such as Bitcoin or Ethereum on a daily basis as a means of payment, gradually pushing FIAT currencies out of circulation. As it turned out during the quarantine and COVID19 crises, when the financial markets shook to their foundations, cryptocurrencies are a credible store of value, which is another reason why they will be used much more in the future.

In addition, cryptocurrencies have the potential to be integrated with IoT (Internet of Things) - yet another growing sector. In 2019 alone, more than $ 100 billion was spent on smart homes, and by 2023, that amount is expected to exceed $ 155 billion. The potential of IoT does not only lie in smart homes, but also in smart cars or even smart cities. The concept of a smart city is being tested in Asia, and cryptocurrencies may become an integral part of and create a payment system for the entire IoT world.

Cryptocurrencies have a future in eSports, too. There is no doubt that eSports, much like IoT, is growing. Just look at the total value of eSports, which was around $ 865 million in 2018, with the value of this market expected to grow to $ 1.79 billion within two years. Cryptocurrencies are already very often used in online casinos or as payment systems in various games and, therefore, the growth of eSports will be positively affected by cryptocurrencies.

Of course, various other types of cryptocurrencies in different sectors have a future, too. For example, stablecoins, which are already beginning to be accepted as a suitable alternative to FIAT currencies, digital currencies of central banks whose future is being researched around the world, or Bitcoin itself, which is gradually beginning to enter the portfolio of major investors and managers, have growth potential. Stock exchange coins such as Dollero, which are used as fee currencies on individual exchanges - for example, the BNB (Binance coin) on the world-famous Binance exchange, are also in good condition. The future of digital assets thus undoubtedly looks interesting and positive.